Animal control services of the Albany Police Department include response to reports of violations of the Albany Municipal Code (AMC) in regard to the keeping of dogs, cats, other domestic animals, animals running at large, and cruelty to animals.

No person, family or business shall keep more than two dogs past the age of six months on any property within the City except within a kennel which has been approved in accordance with the City of Albany Development Code regulations. (Ord. 4557 § 1, 1983). You can find the permit application for an exemption to the number of dogs permitted on a property on our forms page.

When any dog is found running at large in the City, a police officer or dog control officer shall impound it or cite the owner or keeper into court or may do both. It shall be unlawful for a dog to run at large or be permitted to run at large. "At large" shall mean off the premises of the owner or the person having the control, custody, or possession of the dog, while the dog is not under complete control of the owner or such person by a leash or chain not exceeding 10 feet in length, but the use of such leash or chain shall not be required when said dog is in a motor vehicle. (Ord. 4557 § 2, 1983).

Dogs shall be considered a public nuisance under the meaning of this chapter in the following instances:

(1) Any dog, when unprovoked, bites any person or animal;

(2) Any dog, which chases vehicles or when off the premises of the owner or keeper, chases any person or persons;

(3) Any dog which scatters garbage other than that of its owner or keeper;

(4) Any dog which trespasses on private property other than its owners or on public rights-of-way;

(5) Any dog(s) which through the negligence of the owner causes animal waste to accumulate on any premises to a degree that offensive odors can be detected from an adjoining street, yard, or residential unit;

(6) Any dog found within a park outside designated areas;

(7) Any dog which barks continuously for more than 10 minutes during any one-hour period when such barking is audible off the premises of the dog's owner or keeper;

Animals described within this chapter and domestic cats shall be considered a public nuisance in the following instances:

(1) The number of animals maintained on any premises is found to exceed the number allowed by this chapter.

(2) Any animal or group of animals, which make loud or frequent noises, disruptful of any person's comfort or repose.

(3) Any animal or group of animals, which through accumulated waste or other reason, causes offensive odors detectable from any right-of-way or adjoining property.

(4) Any animal, which when unprovoked, bites, kicks, scratches, or otherwise threatens the safety of any person.

(5) Any animal which habitually escapes from confinement and trespasses on public or private property. Trespass of more than two occasions shall be considered habitual under the meaning of this section.

Dogs can be a lot of fun. But dogs, like all animals, can bite. Dog bite victims requiring medical attention in the United States number 500,000 to 1 million annually. Countless more bites go unreported and untreated. On average, about a dozen people die each year from dog bites. Even a dog you know, or a dog that seems friendly, can bite.

Children are often the victims of dog bites often they don’t know that dogs can attack. Dogs can also reach children’s faces easily, so the risk for serious injury is greater.

You can help prevent dog bites by learning how to recognize signs of danger:

Take precautions, dog’s give warning signs to let you or your child know that they feel threatened or angry a dog will:

Responding to an angry dog:

Teach your child to:

Your child should only pet a dog if: 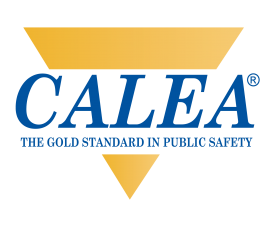