Reducing exposure to lead in Albany

Lead-contaminated drinking water in Flint, Michigan, Portland, and Tacoma has drawn national attention to the issue of controlling lead exposure in public drinking water systems. The City of Albany has worked to control lead in its water system for many years; it is one of our standard operating procedures for keeping drinking water clean and safe.

How does lead get into drinking water?

Lead in drinking water is primarily from materials and components associated with service lines and home plumbing. If present, elevated levels of lead in drinking water can cause serious health problems, especially for pregnant women and young children. In 1991, the Environmental Protection Agency (EPA) published a regulation to control lead and copper in drinking water. The Lead and Copper Rule requires the City to collect water samples at customer taps to be analyzed for lead and copper, which can be present in drinking water if materials in a water system’s distribution pipes or a building’s plumbing contain either metal. Certain characteristics of drinking water (primarily the pH) can cause fixtures with lead-based solder and brass faucets to corrode. When water is in contact with these fixtures over time, lead or copper can be released into the water. The amount of lead and/or copper can increase when water is in contact with such fixtures for extended periods. If lead or copper concentrations exceed the action level in more than 10% of customer samples, the City must take additional steps to control corrosion.  The action level for lead is 15 parts per billion (ppb) and copper is 1.3 parts per million (ppm).

What are the health effects of lead in drinking water?

For information on lead in drinking water and how it can affect your health, click here for the Oregon Health Authority Drinking Water Services fact sheet on lead.

What is Albany doing to reduce lead in drinking water? 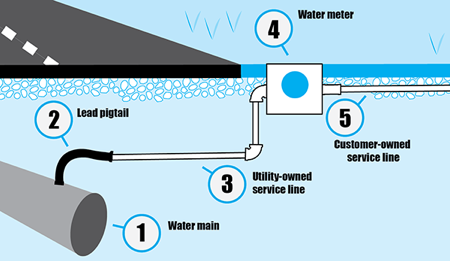 After the Lead and Copper Rule was published, Albany implemented a systematic approach to remove all known lead connections from the public water distribution system. While Albany does not have lead service lines like Flint, Michigan and other parts of the country do, Albany does have some lead pigtails (sometimes known as goosenecks) that were used in the early 1900s to connect the main water line to the customer’s service line.  These short lead pipes were used because they could be easily bent and allowed for a flexible connection between the rigid pipes. Unfortunately, records on where these lead pigtails were initially installed and later removed are not available.

The situation in Flint raised questions among City staff as to whether all lead pigtails had been removed in that initial effort in the early 1990s. To find out, we searched the records that are available to identify galvanized pipes, to which, our experience tells us, lead pigtails were often connected. To add to the challenge, the pigtails are most often located under the street and cannot be seen at the meter. As a result, the galvanized service lines in question were put on a list for the water distribution crew to “pothole” or dig down to the main where the service line connects to check. When a lead pigtail is found, it is removed immediately.   We are pleased to report the project was completed in 2017 with a total of 109 services investigated resulting in 70 lead pigtails found and removed.

Albany Public Works staff conducted a review of the materials used in connecting local schools to the public water system in September 2016. We are pleased to report we found no lead pigtails used on the school service lines. However, a number of older water meters that may contain some lead were still in use. All of these meters were replaced in 2016 and 2017. The Greater Albany Public School District (GAPS) tested the schools drinking water faucets for lead. Results of the school testing is on the GAPS website here.

City administrators developed a plan to test City-owned public buildings that have the greatest frequency of use by the public or which were constructed at a time when lead solder and fixtures were used.  Testing was completed at the following buildings between July 27 and August 31, 2016:

Fixtures above the lead action level of 15 ppb were replaced with lead-free fixtures and then retested. Retest results are shown in bold above.

Operators in Albany’s two water treatment plants use chemicals to adjust the pH and alkalinity of water entering the distribution system to make it less likely to corrode plumbing components in the homes we serve. The Oregon Health Authority requires us to maintain a minimum pH of 7.8 in the drinking water to optimize corrosion control treatment.  We monitor pH on a continuous basis at the treatment plants and within the distribution system to assure the treatment system is working properly.

When the Lead and Copper Rule went into effect, Public Works staff identified homes that were built between 1983 and 1985, considered by the EPA to be at higher risk of lead and copper corrosion because of plumbing materials that were used at that time. Staff began sampling 60 homes every six months in 1992, as the Rule requires. Based on our past sampling history, the Oregon Health Authority allowed Albany to reduce sampling to 30 homes once every three years. The City of Albany fully complies with all state and federal regulations for lead and copper testing.  You can review the City’s test results, along with any other public water system in the state, by visiting the Oregon Health Authority Drinking Water Service Water Online website at https://yourwater.oregon.gov/. You can also view our annual Water Quality Reports here.

While the Lead and Copper Rule applies to utilities, the Reduction of Lead in Drinking Water Act sets standards for the amount of lead allowed in pipe, plumbing fittings, fixtures, solder, and flux.  In January 2014, the Act was amended to reduce the allowable lead content in these components from 8% to 0.25% or less.  All system components purchased and installed in the City of Albany Water System since this amendment are in compliance.

How do I find out if my home has lead plumbing?

If your home was built before 1986, it may have copper pipes with lead solder.  In addition, any faucet purchased before 1997 may be constructed of brass containing up to 8% lead. The only way to know if your water contains lead is to test it. You can find a laboratory approved to perform testing for lead in drinking water here. Be sure to follow the sampling guidelines provided by the laboratory.

How can I reduce my exposure to lead in my drinking water?

Run your water to flush out lead

If water has not been used for several hours, such as in the morning or after returning from work or school, run taps for 30 seconds to 2 minutes, or until it becomes colder, before cooking or drinking. This will flush water that has been sitting in pipes. (Conservation tip: If you run sprinklers, wash a load of laundry or shower first, you will not need to run the tap as long. Or, consider catching the flushed tap water for plants or some other household use such as cleaning.)

Particles containing lead from solder or household plumbing can become trapped in your faucet aerator. Occasional cleaning will remove these particles and reduce your exposure to lead. 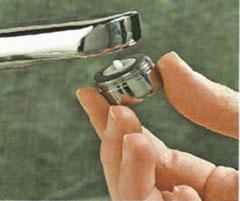 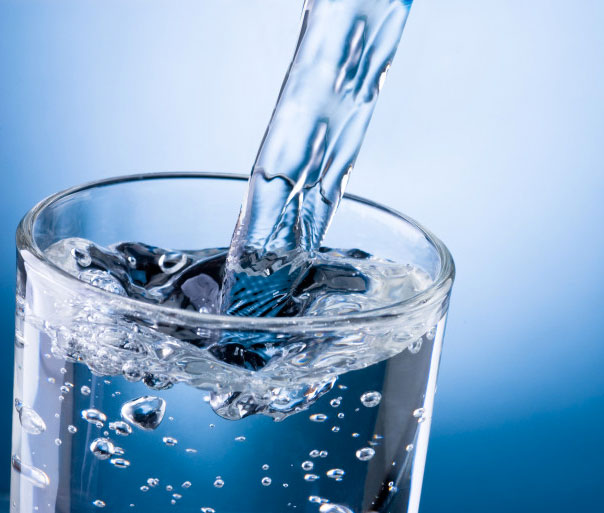 Always use cold water for cooking and drinking

Lead dissolves more easily into hot water, so don’t use water from the hot water tap to make baby formula or for cooking or drinking.

As of January 2014, all pipes, fittings and fixtures are required to contain less than 0.25% lead, which is termed “lead-free.” In addition to seeking out products with the lowest lead content, fixtures with the WaterSense label will maximize water savings. 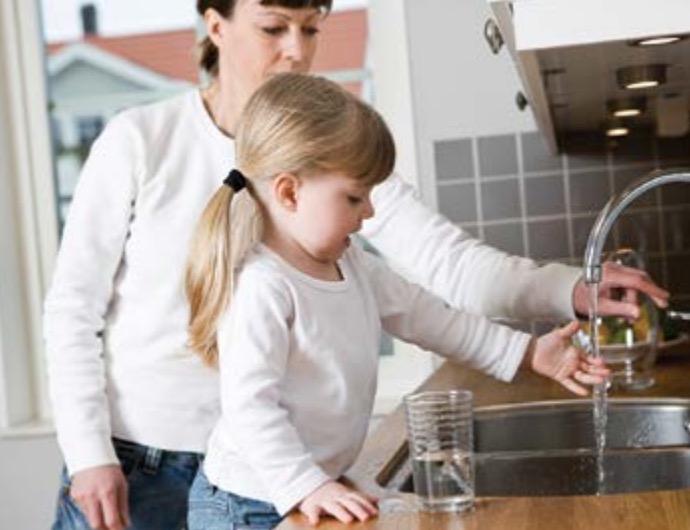 Consider investing in a filter

Before you buy, confirm that the filter reduces lead – not all filters do. Remember that bacteria and other contaminants can collect in filters if not properly maintained, making water quality worse, not better. For water filter performance standards, contact NSF International at 1-800-673-8010.

Do not boil water to remove lead

Boiling water will not reduce lead.

If you have questions about the City of Albany’s water or believe the plumbing in your home dates from 1983-1985 and would like to be in our sampling plan, please contact Karen Kelley, Water Superintendent, at This email address is being protected from spambots. You need JavaScript enabled to view it. or 541-791-0175.