Data retention notice: Only the address you choose to save and its corresponding latitude/longitude are stored as a cookie on your device for a period of one year. Because your saved location is stored on your device and not our servers, you will have to save your location seperately on each device you want to use MyAlbany on. 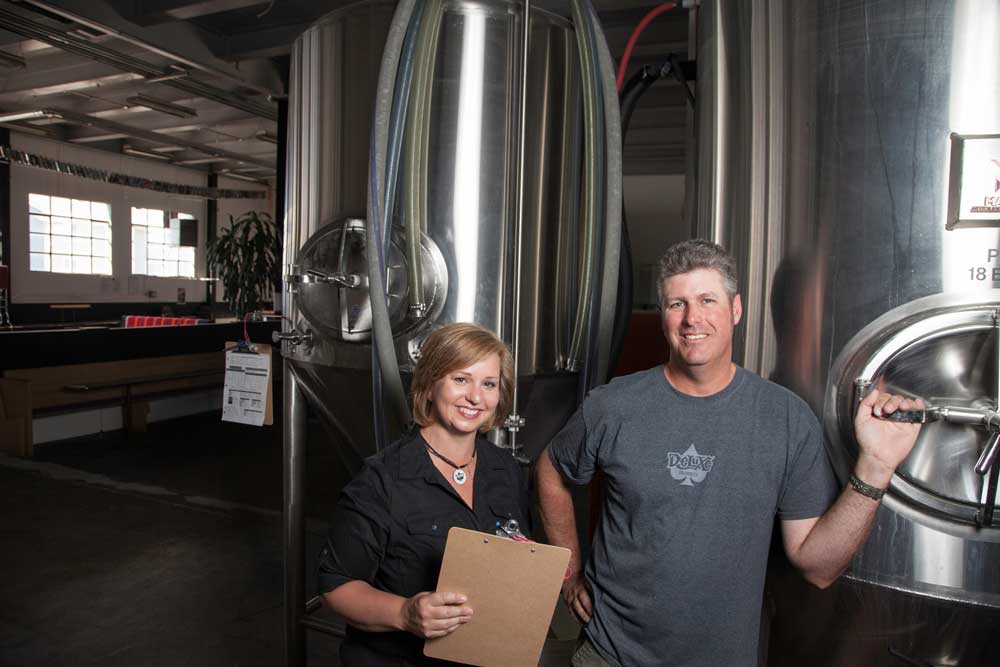 When your official name is Albany Steamworks and your business is located on Water Avenue, water plays a key role. Albany Steamworks is better known as Deluxe Brewing and Sinister Distilling, and water is its most important ingredient.

Deluxe Brewing specializes in German-style lagers and straightforward ales and has been making beer in Albany since 2013. Eric Howard, co-owner, is the brewmaster, has focused on using the highest-quality ingredients and is fortunate to have great locally-sourced water. “We’re very lucky we don’t have to do anything with the water,” said Howard. The typical beer is composed of 90-95 percent water.

In 2018, Deluxe Brewing sold 500 barrels (31 gallons in a barrel) of beer in its tasting room and at bars, restaurants and grocery stores throughout Oregon. Deluxe packages its beer in 50-liter and 1/6-barrel kegs and 12-ounce cans. The most popular style is the Wild Beaver Amber Lager.

“We’re very lucky we don’t have to do anything with the water.”

One of the most important jobs in a brewery is cleaning; that uses the most water—three to eight gallons per gallon of beer. Deluxe recently purchased a more efficient keg washer that uses less water. “With our old keg washer, we would dump approximately 160 -170 gallons of water and now only about 50-60 gallons goes down the drain,” said Curtis Moore, brewer.

“We are constantly looking at ways to be more efficient,” said Jamie Howard, co-owner. Deluxe strives to be as eco-friendly as possible and make less waste. During the brewing process, Deluxe utilizes a cold liquor tank and a hot liquor tank that helps recycle the brewhouse water.

Grain is milled and added to hot water to soak for 45 minutes in the mash tun, then just the liquid is transferred to the boil kettle. Hot water from the hot liquor tank is added while transferring to get to the desired volume. From there it’s boiled for approximately 90 minutes.

Hops are added at different intervals during the boiling process, then the wort is transferred through the plate chiller to the fermenter using cold water from the cold liquor tank to cool the beer before it gets transferred. The water that was used for the plate chiller goes to the hot liquor tank to be used again. The leftover mash is picked up by local farmers to feed livestock.

The water in the hot liquor tank is used again for cleaning and anything else that needs hot water. Hot water gets cooled and the pH is checked and adjusted as needed before it goes down the drain.

In a typical week, the 500-gallon cold liquor tank gets filled up and the hot liquor tank gets topped off for a total of about 700 gallons. The mash tun gets filled up on Monday, beer gets transferred to the lager tank or kegs and the brewhouse gets ready for brewday on Tuesday and then a whiskey wash on Thursday. The rest of the week is devoted to cleaning and the Deluxe Tasting Room is open pouring tasty brews for customers.

A quick search online brings up many resources for understanding how these parameters affect various types of home brews. Here are a few: 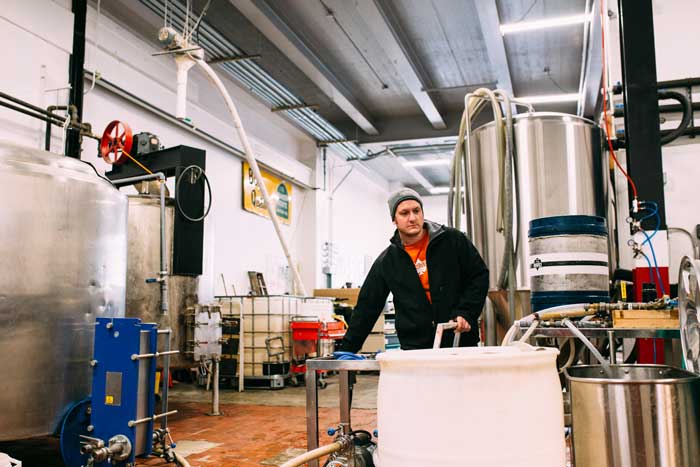